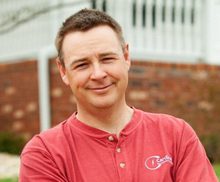 Will is a Professional Land Surveyor in the state of Missouri. Having received his license in 2002. With 25 years of experience, he is an expert in his field. Will has worked on a wide variety of projects such as the NASCAR track, commercial properties and small residential lots. His passion for surveying is evident in the results he produces. 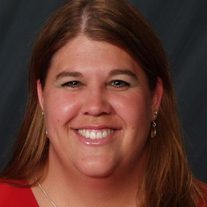 The president and owner of Cardinal Surveying and Mapping. She has her bachelor of Science in Education and is a professional Land Surveyor with the state of Missouri. Shelly focuses her efforts on educating REALTORS® in the St. Louis metro area.

Shelly is an active affiliate member of both the St Louis Association of Realtors and the St Charles County Association of Realtors. She received the Affiliate of the Year award from SCCAR, and WCR. She has also received Entrepreneur of the year from WCR. Shelly has had several articles published in the St Louis Post Dispatch and has appeared on the National Society of Professional Surveyors national radio program.

The Cardinal Surveying & Mapping Team are true professionals who exert superb customer service and offer nothing less than 100% accuracy. They have an excellent reputation in the industry and always go above and beyond to help their clients!

I know that my clients are in great hands when they use Cardinal Surveying and your prices are so reasonable!!!

Love me some Shelly Daley Clark of Cardinal Surveying. Yesterday, she walked me through something on the phone, and today, when we could see the relevant documents, she helped me in less than ten minutes learn how to assist my buyer. The information now makes sense and my buyer is comfortable with the situation. How about that for customer service!!!

10 out of 10 (Google only has five stars to click on)! I was shopping around for flood insurance, and discovered that I needed flood elevation certificates. Shelly and Will Clark helped me through every step in the process, including explaining what the certificates were for, how they could benefit my premiums (or hurt them), scheduling the work, and then walking me through the data on the final certificates. They also discovered one of the properties wasn’t technically in the flood plain, and filed to have it removed, which only took a day! They were extremely prompt in getting back to every email or phone call I placed with them. They were honest, highly responsive, and very customer oriented. I could not have been happier, and will definitely use them in the future when the need arises!

Cardinal Survey is one of the most amazing companies I have had the pleasure to work with. Professional, courteous and hardworking. They have always taken great care of our clients as well as my own personal survey for my home. They genuinely care about their clients and that comes across in their work.

One trend I am seeing that I am concerned about is the number of transactions where the buyer waives ordering a survey. I am concerned because of the survey issues we see and our goal, of course, is to always make sure buyers are protected. I understand the trend and it is based on cost. I know what happens, however, when a buyer who does not get a survey ultimately sells. Their new buyer orders a survey and there are encroachments or other issues uncovered by the survey that adversely affect the new transaction. So, if a buyer does waive ordering a survey, it is important that they have been given the options and have been informed of the benefits of having a survey and survey coverage on their title policy. In any case, it is food for thought and something I think is very important.

This was the best continuing Ed class I have taken in 15 years of real estate. Shelly who is extremely dedicated and knowledgeable gave us valid and real life experience and solutions to investigate to resolve the issue and try to protect our buyer’s simultaneously. Awesomeness on steroids thank you Shelly you rock real estate.

“Shelly Daley Clark and her team always come through! The best!”

Referral Wednesday. No one beats the service of Shelly Daley Clark and Wil Clark and their team at Cardinal Surveying. Thank you for everything you have done for my clients, our agents and our community.

Cardinal Surveying is a company that I never think twice about using. Being in real estate, it is important for my client to understand how vital it is to get a survey before purchasing a home. I always use examples of a couple specific situations where Cardinal Surveying has come through for me and saved the day. One situation involved a property that had been conveyed with the wrong legal description 18 times. The previous surveyors and title companies used the wrong subdivision plat. The other situation involved a buyer that was buying a house and 2 lots, however, the title company only had the legal description of one lot. So if Will hadn’t done the survey and noticed this error, then my buyer would have legally only purchased the one lot. In both situations, Shelly & Will, went above and beyond to correct the error and make sure my clients were taken care of. They are so great at what they do! They are charitable, professional and really care about their customers and community…what more could you ask for in a small business! Thanks Will & Shelly for all that you do!

A big shout out to Shelly Daley Clark, Nicki, and the team at Cardinal Surveying. Thank you for answering all my dumb questions and providing exceptional service–getting our house staked so quickly even when the weather didn’t cooperate and making sure we had everything we needed to break ground and get our build underway. Totally awesome team to work with!

Shelly has conducted numerous surveys for both my clients and I. Both her crew and her, are outstanding. They are so easy to work with and highly professional. She is by far the most knowledge in the business and she certainly has all of our business now and in the future!

Shelly is by far my favorite surveyor in St. Louis. She is professional, punctual, and fun to work with. I personally use Shelly and Cardinal Surveying and would highly recommend her to anyone else.

Very impressed with the low costs and the accuracy of this land surveying team. They quickly helped us document and present a survey to our neighbors who were disputing my fence line and where the easements exist. Thank you for the fast help Cardinal Surveying!

Cardinal Surveying is exceeding the standard of excellence in the surveying field. I am ALWAYS treated as though I am their ONLY client, the job is done on time (usually sooner than expected), professionally, and mine as well as my clients’ questions are answered completely.

There is no other surveying company that can compare in our area. The standard of service is unrivaled and unequaled!

Many thanks to Shelly Daley Clark and Cardinal Surveying for, once again, stepping up. They helped yesterday when there was a time crunch and made my life much easier. They also made me look like a rockstar to my clients. Thank you will never cover how grateful I am to these great folks!

Love Cardinal! Can’t wait to work with you!

Congratulations to Justin and Danielle on the closing of their new home today. What a wonderful couple to work with. We had some survey issues having to do with the neighbors fence – thank goodness Shelly Daley Clark and her team at Cardinal Surveying discovered that it was over on this property by almost three feet. Boundary surveys are the most protected way to go. Thanks again Justin and Danielle – best wishes for many years in your new place.

I just wanted to thank you again for your outstanding presentation last night at our ASHI meeting. I learned more from you than any speaker in recent memory. Perhaps it was because your subject was relevant to my profession, but your style of plain speaking, fact based information was well received and appreciated.

Cardinal Surveying is an asset to the real estate community. Shelly, Will and their team are the BEST at what they do. “Make it known what you own” is their motto and they take the time to educate agents & buyers on the critical role the survey plays in a transaction. I can’t compliment them enough and personally guarantee you will be impressed by their team. I have nothing but compliments for this amazing company and the people that make it run.

We love Cardinal! We know, without a doubt, that when we get a survey done, it is accurate and Will backs his work up. Shelly and Nikki provide excellent customer service and hand deliver our surveys. Seriously. We love y’all!

I refer Will and Shelly at Cardinal Surveying to all of my customers when they are wanting to perform a survey. The staff at Cardinal are courteous, timely, and provide excellent information to my clients. Will and Shelly are also pillars in the community donating their time and efforts to various charities in the St Charles and surrounding areas. If you need any surveying or map, give them a call.

Cardinal Survey is #1 in my book. Will and Shelly are great. When I use them for my clients, I feel very at ease with their expertise and that the job will be done right. Thank you for all you do.

What a great idea and nice give away. I have always said it. Cardinal Survey is not only a great surveying company..but does an amazing job of supporting other people/organizations. I think I see Shelly Daley Clark everywhere I go!! lol

Shout out to Cardinal Surveying, Shelly Daley Clark and staff for diligently working for Cms Homes!! Call them for all your survey needs! Quick, affordable, professional and dependable!

Cardinal Surveying and Will and Shelly Clark are the Go To surveyors for us and so many Realtors I know! Their product is Top Shelf, detailed and presented well. They take the time to explain things as needed and are also involved in educating the Realtor Community with changes as they occur. They are the Best!

Cardinal Surveying is an asset to the real estate community. Shelly, Will and their team are the BEST at what they do. “Make it known what you own” is their motto and they take the time to educate agents & buyers on the critical role the survey plays in a transaction. I can’t compliment them enough and personally guarantee you will be impressed by their team. I have nothing but compliments for this amazing company and the people that make it run.

I hired Cardinal to do a stake survey for a fence install. They contacted me immediately after my request and performed the survey within a couple days. The work was very professional and the stakes were placed perfectly and permanently. I was kept well informed through e-mail and my questions were answered completely and in a prompt manner. This company is professional and courteous and I can highly recommend them for residential work.

Did you know how AWESOME Cardinal Surveying, Shelly Daley Clark andWill Clark are? They just helped me out, on the fly, within moments of me calling them, because they are AWESOME!!!! Need to know what you own? Ask them!!! Thank you!!!

What a wonderful gift at a time of thanksgiving for what we have and what we have to offer others. Cardinal Surveying is one of those organizations that gives above & beyond.

Cardinal surveying is an awesome crew,they always get the job done and I feel very confident in using them for my clients.

You are truly head and shoulders above the rest, I am glad to call you my friend. You and Will are true assets to anyone that works with or knows you.